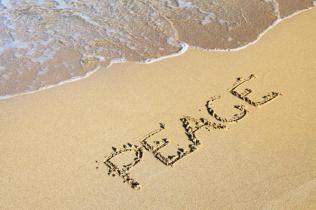 As you may be aware, a hateful campaign aimed at terrorising the Muslim community has been circulating recently in the UK. It is unfortunate that far-right sentiment is creeping up on us.

Everyone should work to create a peaceful, safe and productive society. As Muslims, our purpose to do such is especially important, since we live in submission to Allah alone, and know that Islam encourages us to benefit others, spread goodness and remove evil for our communities to prosper.

*Scroll down for duas seeking protection from Allah*

We shouldn’t have to feel intimidated or threatened with verbal or physical abuse on account of adhering to Islam.The Prophet Muhammad peace be upon him was heavily targeted by the bigots and tyrants among the Arab pagan tribes. Being the prophet of mercy, Muhammad (peace be upon him), refused to abandon his mission and refused to stoop to the lowest levels of his vicious opponents.

Through his patient perserverance in calling to Allah’s Oneness, Prophet Muhammad (peace be upon him) successfuly denounced the vices prevelant among his people. His bravery, patience, mercy and genuine concern for his people softened their hearts. Meanwhile, the aggressive opponents enforced various boycotts and brutal torture campaigns, even death threats and a plot to murder The Prophet Muhammad peace be upon him, eventually driving him out of his birthtown, Makkah. However, when the true message of Islam reached the hearts of the masses, their characters transformed dramatically for the better and injustices were successfully eradicated. The tyrants and criminals were eventually losing the battle, and Prophet Muhammad gracefully conquered Makkah, transforming it into the most peaceful city in the world.

Remember these inspirational quotes from the Book of Allah, The Qur’an:

Yes, if you remain patient and conscious of Allah and the enemy come upon you [attacking] in rage, your Lord will reinforce you with five thousand angels having marks [of distinction]

So if they believe in the same as you believe in, then they have been [rightly] guided; but if they turn away, they are only in dissension, and Allah will be sufficient for you against them. And He is the Hearing, the Knowing.

But if they turn away, [O Muhammad], say, “Sufficient for me is Allah ; there is no deity except Him. On Him I have relied, and He is the Lord of the Great Throne.”

Be brave, stand strong. Allah is our Protector. Defend yourself and stand up for others too.

The prophet Muhammad (peace be upon him ) said:

…’Allah will help a person so long as he is helping his brother.”

The haters want us to fall into their trap and spread hate, terror and violence like they do. As Muslims, we should be the better person and treat everyone with justice.

1- Always seek refuge in Allah from the accursed devil.

6- Put your complete trust in Allah alone, none can allow or prevent harm or benefit to befall us but Allah ,The Most Wise. Allah is the Most Powerful, The All-Capable, The Protector, Our Rabb. Make plenty of dua, ask Allah to grant you and everyone safety and protection, don’t forget our persecuted brothers and sisters around the world.

7- Read the dua’s from the Sunnah of Muhammad peace be upon him, when waking and sleeping, when you leave the house, before entering the toilet, before and after eating, when you fear harm, when feeling anxious… (get hold of the book Fortress of the Muslim or see this link)

8- Continue to practice Islam, inwardly and outwardly. Be brave, observe full Hijab, keep the beard and attend Mosque. Life and death is only in Allah’s control.

9-Look out for each other. Stronger people defend the weaker ones. Sisters try not go out alone. Stick together in groups.

10- Let authorities know if you sense danger. Call 999 for police for emergencies or 101 and don’t hesitate to report crimes.

12- Educate people. Be the best Muslim in your manners, share the Truth, postivity and goodness with everyone. Appreciate those who refuse to delve into terror and anarchy. Thank you to those of you who denounce bigotry and hate crimes, including Islamophobic campaigns.

If you or someone else is genuinley in danger, take action and call 999 , that’s what the police are there for- to help stop crime.  You can also call 101 for non-urgent police calls. Let MAMA know too.

For the haters, just chill out! Hate and anger aren’t going to solve anything. Talk to us with a good intention, you’ll find we want good for everyone, including you.

END_OF_DOCUMENT_TOKEN_TO_BE_REPLACED

(Scroll down for English interpretation- I know you’re busy, but DON’T be lazy to read this!)

In the Name of Allah, The Most Gracious, The Most Merciful.

Oh My God! I’m lost for words…yet bursting to say something…

I can listen to this all day… I feel something in my heart when I read and listen to this. I see warnings, reminders, promises. I see truth. I see proof. I see meaning. I see no error. I feel a sense of emergency, of urgency. I feel I have to make a move. I have to act upon it. I feel I found the purpose in life.

I need to run back to Allah alone.

Be objective. Be sincere. Be open minded. I’m sure you’ll feel something too.

Oh Allaah the One Who changes the hearts, keep my heart firm upon Your religion!  Guide us to preserve on Your straight path forever. Allahumma salli wasallim alaa nabiyinaa Muhammad  sallallahu alayhi wasallam. Ameen.

With love for the sake of The One.

© Thurrockmuslims.com and Thurrock Muslim Community, 2014-2020. Unauthorized use and/or duplication of this material without express and written permission from this site’s author and/or owner is strictly prohibited. Excerpts and links may be used, provided that full and clear credit is given to thurrockmuslims.com with appropriate and specific direction to the original content, including URL Link back to original post. Thank you for playing fair.