In the name of Allah, The Most Gracious The Most Merciful. 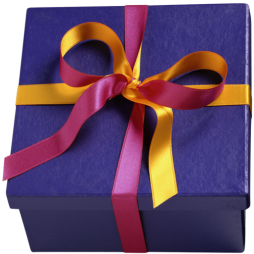 In Britain  it has traditionally been known as a Christian country, Christmas day, i.e. 25 December is considered a national holiday. You can argue all you want that its been commercialised and it’s no longer a religious thing, but my friend, that’s not the point.

Let’s have a look at the history of Christmas:

According to Britannica Encyclopaedia, Christmas has become a Christian festival where Christians believe they are celebrating the birth of Christ, or Jesus. Historically, however, the date coincides with pagan Roman festivals which celebrated the winter solstice. It is believed that early Christians wanted to celebrate the 25th to coincide with the pagan festival. There is no clear statement in the New testament supporting the celebration of Jesus’ birth on the 25th. Nevertheless, it is still widely celebrated in that manner.

So basically in a nutshell, Christmas day has pagan origins!

And did you know, there are many groups and sections of society who do not celebrate Christmas, such as Jewish people, some atheists, and even some Christians (trust me, I googled it…)!

So do Muslims celebrate Christmas? Based on the above, it would be a contradiction in faith to observe it.

In Islam, the MOST IMPORTANT belief is that of Islamic monotheism. That is, we are commanded to submit to and believe in Allah (The One True God), and attribute complete Oneness to Allah as He deserves in His Lordship, Names and Attributes and right to be worshipped alone.

Consequently, as a Muslim, i.e. one who submits to Allah (The One True God), we believe that we must abandon and turn away from anything that contradicts the principles of Islamic monotheism. Polytheism, idolatry and ascribing partners to Allah are MAJOR SINS! The biggest sin which Allah will not forgive, is ascribing partners to Him !

‘Verily, Allah forgives not that partners should be set up with Him (in worship), but He forgives except that (anything else) to whom He wills; and whoever sets up partners with Allah in worship, he has indeed invented a tremendous sin.’ [Qur’an, chapter 4, verse 48- English interpretation]

Allah is so self-sufficient, it does not befit His Majesty to take a son or wife, or to beget or be begotten. He does not resemble His creation, for He is the uncreated Creator, and there is no similitude to Him.

In fact, a remarkably concise description of Allah can be found in chapter 112 of The Noble Qur’an, which is the verbatim words of Allah, and Allah’s final revealed book to mankind.

Have a listen to this chapter here:

Regarding Jesus (peace be upon him), in Islam we believe he was a mighty messenger of Allah. Jesus, or Isa in Arabic, was born a miraculous birth, from the virgin Mary. We refer to Jesus as ‘Isa ibnu Maryam, which means Jesus son of Mary. Jesus did not have a father, and he is not the son of God/Allah, because as we mentioned earlier, it does not befit the majesty of Allah to beget. Allah decreed that Jesus would be born miraculously without a father from the pure chaste virgin Mary. We respect them very much and we know that Jesus never claimed divinity, rather Jesus called his people to worship Allah alone, the same message each prophet and messenger of Allah called to. Jesus’ (peace be upon him) story can be found in the Qur’an in numerous places. (for more information, please see the upcoming post on chapter 19 of the Qur’an entitled Maryam!)

Incidentally, Paganism supports polytheism. Polytheism means worshipping multiple deities. Therefore, the Christian Trinity is essentially polytheism. And as previously mentioned in this blog, Islam means submission to the One True God, Allah, and our purpose in life is to acknowledge Allah’s complete Oneness, to uphold Islamic monotheism, and to attribute absolute Oneness to Allah in His Lordship, names and attributes and right to be worshipped alone. 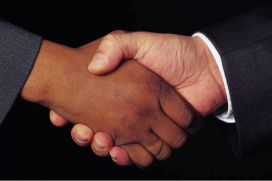 I hope you understand now, why we don’t celebrate Christmas, why we don’t exchange Christmas greetings and why we don’t give or take cards and gifts on this occasion. It’s nothing to do with you personally, so please don’t take it personally! Because the truth is, as Muslims, the most important One to us is Allah, and the only reason we are alive is for Allah, to serve Him, to worship Him, because we need to worship Him and He doesn’t need us to do that. Whether or not we worship Him, it does not detract or add to His majesty at all. Rather He is The Self-Sufficient, The Majestic, The Rich, Free of all needs. The Lord of all that exists, He is Allah.

Besides, our kind behaviour and gifts to you is not supposed to be limited to a certain day of the year, as Muslims we are required to deal with everyone in a just manner at all times, exhibiting the best character.  If we have fallen short in fulfilling our rights towards you as our neighbours, please do forgive us. We make mistakes, after all we are human. Although, we endeavour to follow the best example of excellent moral conduct,as taught to us by Allah’s final prophet and messenger, Muhammad peace be upon him.

I’ll leave you with a verse from the Qur’an to get you thinking.

‘Say (O Muhammad صلى الله عليه وسلم): “I am only a man like you. It has been revealed to me that your Ilah (God) is One Ilah (God – i.e. Allah). So whoever hopes for the Meeting with his Lord, let him work righteousness and associate none as a partner in the worship of his Lord.” ‘

This site uses Akismet to reduce spam. Learn how your comment data is processed.

©Thurrockmuslims.com and Thurrock Muslim Community, 2014-2021. Unauthorised use and/or duplication of this site’s material without express and written permission from this site’s authors and/or owners is strictly prohibited. Excerpts and links may be used, provided that full and clear credit is given to thurrockmuslims.com with appropriate and specific redirection to the original content, including URL link back to the original post. Thank you for playing fair!